Honeyboy and Boots are a husband/wife, guitar and cello duo with a unique style that is all their own. Their sound embodies Americana, traditional folk, alt country, and blues.

Drew Blackwell is a true Southerner raised in the heart of the black prairie in Mississippi. First picking up the guitar at fourteen, he was greatly influenced by his Uncle Doug who taught him old country and folk classics. Later, he was mentored and inspired to write (and feel) the blues by Alabama blues artist Willie King. Drew has placed 3rd in the 2019 Mississippi Songwriter of the Year contest with his song “Waiting on A Friend” and made it to the semi finalist round on the 2019 International Songwriting Competition with his song “Accidental Hipster “.

Courtney Blackwell grew up in Washington State and comes from a talented musical family. She began playing cello at the age of three. Her mother was most influential in her progression of technique, tone quality, and ear training. Since traveling around much of the South, she has enjoyed focusing on the variety of ways the cello is used in ensembles. When she plays, you will feel those groovy bass lines making way to soaring leads create an emotional and magical connection between you and her music.

Honeyboy And Boots have performed at venues and festivals though out the south east including the 2015 Pilgramage Fest in Franklin, TN; Musicians Corner in Nashville, 2015-18 Mississippi Songwriters Festival and the 2018-19 Black Warrior Songwriting Fest in Tuscaloosa. 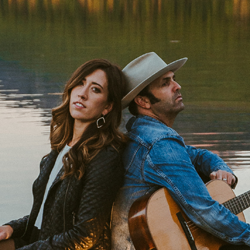