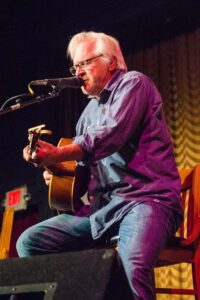 Tony Mac Lane comes from the small town of Comanche, Texas.  He played the bars in Dallas-Ft. Worth and Colorado for many years before relocating to Nashville.  He signed with Famous Music (later acquired by Sony ATV) in 1997 and quickly had his first number one song, Lee Ann Womack’s “A Little Past Little Rock.”  He continued this run with George Strait’s “Run,” John Michael Montgomery”s “Letters From Home,” and the Grammy-nominated “I Need You” by Tim McGraw and Faith Hill.  He has had cuts by Trace Adkins, Billy Currington, Randy Travis, Sara Evans, Tracy Lawrence and many others.

Tony is a highly respected songwriter and has successfully managed to blend critical acclaim with commercial success.  His recent hits include Easton Corbin’s “Roll with It”, Trace Adkin’s “This Ain’t No Love Song”, and Lady Antebellum’s “Hello World”.  He currently writes for BMG Music Nashville.